Our upvoting patterns compare poorly to the other religion StackExchange sites; let's change this!

TL;DR: I observe that it's harder here than at other religious StackExchange sites to get a post upvoted, and upvoted highly. Downvotes are disproportionately used on questions. I conclude this is primarily because:

If this is correct, we should strive to change this. Privilege levels are set StackExchange-wide (and will be raised when the site is launched), so upvoting less than other sites inhibits self-moderation and graduation.

It’s only through voting that a class of editors, closers, and moderators can emerge to help run and govern the site. -- Vote Early, Vote Often, Jeff Atwood, 2010

I define upvote attrition* as how unlikely a post with a positive score is to attract additional upvotes. Thus, high vote attrition implies fewer highly upvoted posts, and thus less content that we've deemed high quality. Considering only the 2017 posts, we have:

Modification (4 May 2017): Using a data explorer query, plot the proportion of votes within each month which are upvotes below. This is restricted to votes which are made within 1 day of the post being made (this avoids the "cleaning up old posts" issue). 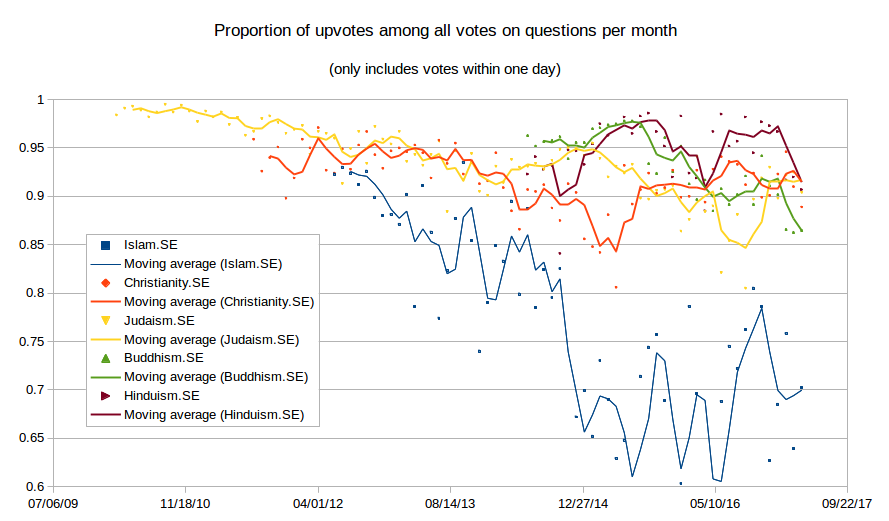 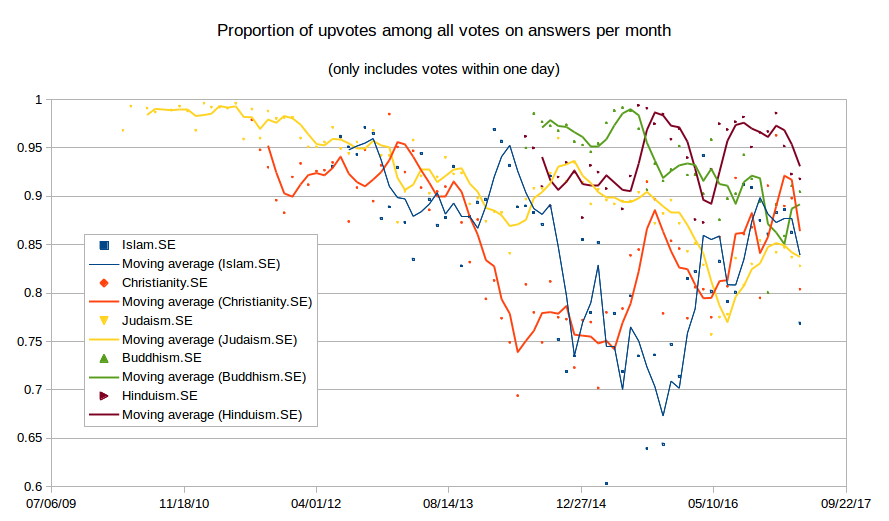 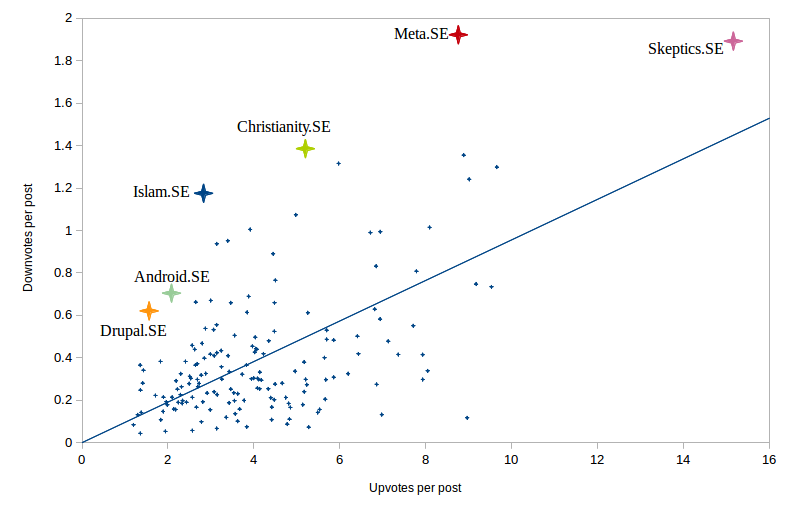 (Alternatively, 2. and 3. could be because we're not generating good content. But I don't think that's correct.)

If these conclusions are correct, it inhibits functionality, most notably by:

But also in other ways, e.g.: Islam.SE questions are less likely to become hot questions (see formula at meta.SE).

8
Read this before declaring “it's not fair”
22
Stack Overflow stands with you
4
Why does this SE site issue out more downvotes without comments than other ones?
6
The number of questions/answers and upvotes/downvotes per day
-5
How could we help resolve the fundamental flaw in the way StackExchange handles the topic of Islam
2
Are items from Jon Ericson's list from Jan 2016 still holding us back?
6
The graduation of Mechanics.SE was delayed until they could support a post-graduation election; will this happen here too?

16
Please vote based on quality
4
Let's get involved with other SE sites!
2
How can we improve voting
5
Some obstacles to graduation: self-moderation, question inflow, upvotes, and experts
6
The number of questions/answers and upvotes/downvotes per day
1
What should we understand from upvoted answers?