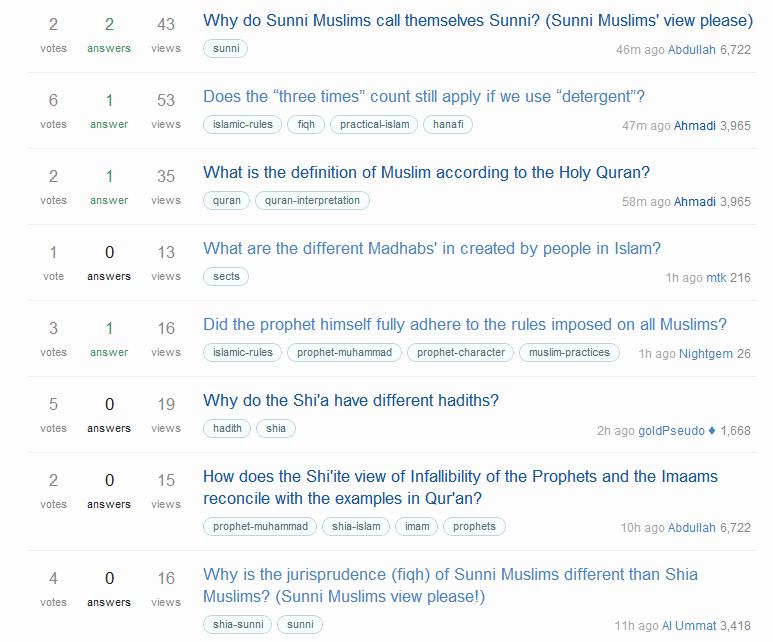 9
The copy-paste issue, revisited
14
Do evidences speak for themselves?
3
What is the explanation for such high frequency and unexplained changes in post 2395?
-1
is not to get answers of deen on this website?
2
Does "...on an academic level" imply that Islam.SE is an academic site?

43
Why Sectarianism is Ruining Your Site
7
Should we have a new site specific for Sunni and Shia?
4
Let's get involved with other SE sites!
5
How can we promote Islam.SE
3
On hold and closing of new user's questions