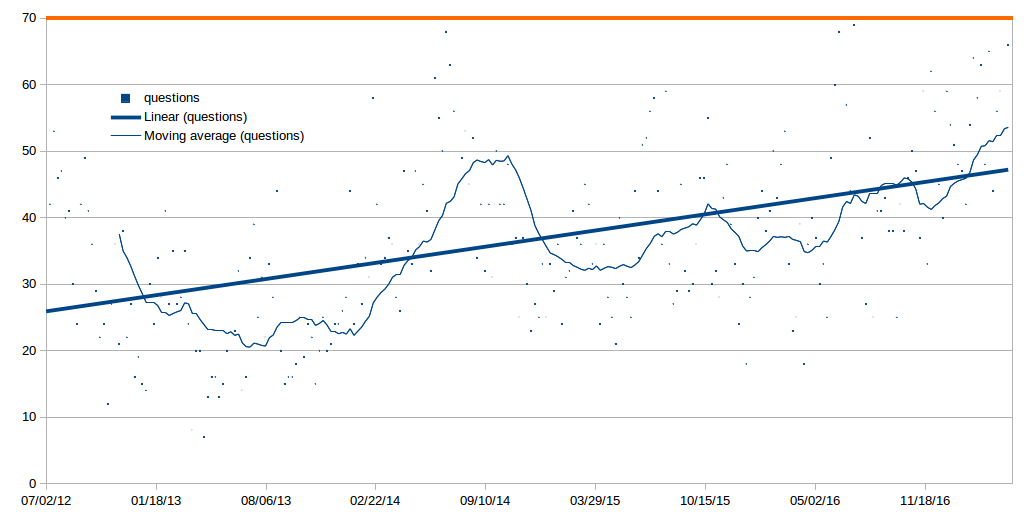 4
Draft question review [trial run]
6
The number of questions/answers and upvotes/downvotes per day
4
At what point will Islam.se grow out of the beta stage?
8
Which country has the most reputation?
8
Steps to reduce the number of unanswered questions
2
Are items from Jon Ericson's list from Jan 2016 still holding us back?
3
We just hit 87% answered!
3
What does the graduated site Philosophy.SE have that we don't?
2
How would a "question sandbox" work and how would it help the site?
2
Getting closer to the 10 questions per day mark!
See more linked questions

0
Concerned about site's health
5
Some obstacles to graduation: self-moderation, question inflow, upvotes, and experts
6
The number of questions/answers and upvotes/downvotes per day
8
Steps to reduce the number of unanswered questions
1
Would it help to ask lots of questions during Ramadan?