Apparently the site has a problem with capital-T truth posts.

...we have lost a number of constructive users over the years because of this ... in short, rampant Truth claims are still destroying the site... -- goldPseudo ♦, 2015

goldPseudo ♦ is trying to stop it: How can we discourage users from using the site to preach Truth and Is there any way to make Truth questions constructive?, which is great, but... what is Truth?

We can't reasonably instruct users to "stop preaching Truth" when they might not even know what it is. 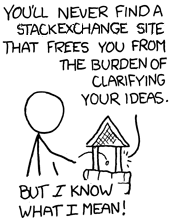 Firstly, we need to be realistic:

What is the truth is a matter of opinion, and there are almost as many opinions as there are people. -- Lee Woofenden, Christianity.SE, 2015

Hopefully this can help us identify common ground, and becomes a step forward to working together in eliminating the problems of Truth. 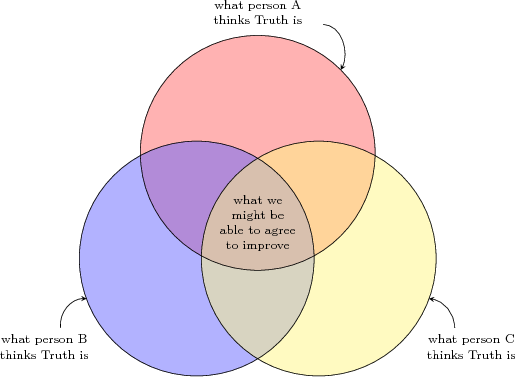 This is intended as "Step 1" in an answer to How can we discourage users from using the site to preach Truth.

What's the problem with Truth?

The problems been described before:

Capital-T Truth claims are problematic because they're typically dishonest: They present one opinion as if it is the only opinion. In other words, it's misrepresenting subjective opinions as objective facts. Not only is this disrespectful of those who hold opposite views — and on sites dealing with religious topics, this is very significant — it rarely helps the questioner get his answer because Truth claims that are presented as answers are typically no more than items. -- goldPseudo ♦, 2017

My impression of what Truth is at Christianity.SE

It seems they don't use "Truth" to describe an answer. At Islam.SE, we've been using the word "Truth" to describe answers, and it looks like that's incorrect. Sure, answers can be "preachy", "manipulative", or just plain "wrong", but Christianity.SE does not seem to say answers are "Truthy".

I think it's important to make a distinction here:

Christianity.SE, as far as I understand, is using the term "Truth questions" to refer not only to Truthy questions as defined above, but also to opinion-based questions which will (or are likely to) attract Truthy answers.

I feel this distinction is important because, in my opinion, it is still possible for questions which aren't explicitly Truthy to be constructive, even when they're still likely to attract Truthy answers. I have written a proposal along those lines before. This, of course, depends on the community, so it may well be necessary to ban these questions also, as Christianity.SE has done.

In questions and answers it's important to recognize that Islam, for the purposes of this site, is defined as including "all groups that identify themselves as Muslim"; any answer that attempts to present what "Islam" teaches needs to either clarify which flavor of Islam teaches it or it'll just attract argument, unless it's a universally held belief (which in my experience is rarely the case, at least among situations that attract questions in the first place).

Answers which explicitly specify which interpretation of Islam they're written under, I generally don't consider "Truthy", but they're often problematic for other reasons, especially when written with an obvious polemic or apologetic slant.

To get an idea of what people think Truth means, and for reference, I'll write a separate answer giving snippets.

These questions are basically examples of what C.SE calls "Truth Questions"; questions not about studying the topic of the religion, rather they're trying to find out and/or prove which interpretation/denomination is "more correct." -- goldPseudo ♦, 2014

I have seen comments, edits, questions and even tags posted for pretty much the sole purpose of pushing a particular Truth. -- goldPseudo ♦, 2015

If I had to pick any one trait to watch out for, it's that aggressive apologetic is concerned almost exclusively with promoting ones own viewpoint rather than with anything the questioner actually cares about. This is exactly the opposite of what needs to happen on a Stack Exchange site focussed on high-quality questions and answers. -- goldPseudo ♦, 2017

Tour page and On Topic page:

Questions asking for the truth or validity of a particular doctrine or belief (aka Truth Questions), and questions asking Is X a Sin? are not a good fit for our site, due to their subjective nature, and the vast number of possible Christian opinions on such topics. See: We can't handle the truth -- close reason

First understand that a "Truth Question" asks what is true. A "Christianity Question," as deemed appropriate for our site, can ask what Christians believe or do. And more specifically, it asks what a specific group or subset of Christians do. -- Flimzy

The problem with asking what all denominations believe is that there are far too many denominations to cover in a reasonable space. I happen to think that asking in an open-ended way for the views of various denominations can be useful. But the consensus here is that it's too broad, and leads to a "popularity contest" among denominations, which is seen as not useful. That's why the mods on Christianity.SE frown on such broad questions, even though theoretically they are objectively answerable.

Should we encourage the answerer to post their denominational viewpoint vs. closing truth questions?, 2015

The biggest risk one has with an academic site like this is the prospect of uninitiated users voting for answers they like, rather than answers that inform. I'm not a Mormon. I don't "like" when answers go to non-canonical scriptures to try to answer a question. I don't think the Book of Mormon is valid.

But that doesn't and shouldn't matter - because what this site is for is for information, not truth. I've asked many questions about the LDS church because I want to understand them better. If you're asking me to judge what I like, I'd probably discourage all the Mormons. But if you're asking me to learn, I want them here.

Ideally, when you are voting, you are saying "This answer is informative and reflective of the tradition for which it claims to speak." Downvotes mean "this misrepresents the tradition" not "I don't like it."

Encouraging truth questions makes it impossible to foster that - people will tend to vote what they think is "true," rather than what is descriptive of actual practice.

So rather than asking "Is Jesus eternally God?" then receiving 75 answers with vote counts ranging from -25 for the Arian answer, -10 for the Mormon answer, and +45 for the Evangelical answer (which would roughly reflect the number of votes from each respective denomination, rather than the "correctness" of the answer), we simply require that each question ask for a specific denomination.

One thing that makes such truth questions "too broad" is the fact that they quickly amass many many answers. It becomes very hard to sift through and can become (as alluded to in the other answers) a popularity contest for the "best" answer, rather than for the most informative answer according to a limited scope. -- Mr. Bultitude

Is this question off topic now that I have edited it?, 2016

So what do you want out of the question? If you want a truth answer or to pit views against each-other so you can decide what to believe yourself you're probably on the wrong site. If that's not what you're after and you want to know more about what extant Christian teachings are and why they are that way, then I would start at the top of the question and re-write it to reflect a scope appropriate for this site from the start. -- Caleb ♦

How can anything outside of Bible, not be labeled as an opinion?, 2014

Of course I have an answer I believe to be true, but that doesn't mean all Christians agree with me. This is what we sometimes call a "truth question" and do not like to see on this site. These often get closed with the primarily opinion-based close reason, not because there are no good answers but because it is not specified whose good answers are being sought. -- Caleb ♦

What Christianity.StackExchange is (and more importantly, what it isn't), 2012

This site is a place to ask about, learn about, and inform about various Christian teachings, denominations, concepts, and doctrines. ... This site is not a place to debate which of these teachings are true.

It is less of a church then a seminary: Imagine being observed by a bunch of professors who know the Bible, but don't necessarily believe it. That is you audience- even if many of us are believers. In seminary, "Truth" is often less important than how you arrive at it. That is not to say that Truth isn't important - it just is secondary to scholarship in this context.

Types of questions that are within community guidelines, 2014

Also, questions without a frame asking for what is true ("Truth questions") are off-topic. -- fredsbend

Tips for editing a question to make it suitable for re-opening, 2013

What I think is Truth may not be the same as what someone else thinks is Truth. To avoid endless debate that ultimately leads nowhere constructive, we simply assume that we'll never determine Truth here. -- David Stratton

Not the answer you're looking for? Browse other questions tagged discussion capital-t-truth .

8
Read this before declaring "it's not fair"
10
How do I write a good answer to a question?
8
Is there any way to make Truth questions constructive?
12
How can we discourage users from using the site to preach Truth
9
The importance of writing complete answers: How to stop opinion-bait from ruining your site
4
What types of apologetics do we want to discourage?
3
What are the established off-topic reasons?
0
Are questions like "how do I know Islam is true" a matter of preaching Truth?

8
Is there any way to make Truth questions constructive?
12
How can we discourage users from using the site to preach Truth
2
What should be done about question 237?
2
I'm unclear on what qualifies as "Truth"iness and apologetics, and how to deal with it
4
What types of apologetics do we want to discourage?
8
Read this before declaring "it's not fair"