I'm unclear on what qualifies as "Truth"iness and apologetics, and how to deal with it

For this answer, I suggested via an edit that the following section should be removed due to being "Truth"y (and a false analogy):

Some oppose slavery because they are brainwashed to think slavery is bad, and evil, this belief couldn't be further from the truth.

Slavery is the most efficient replacement for the prison system.

In the prison system, the criminal or enemy combatant's expenses are paid by the victim and other innocent people, while the prisoner is not expected to do any work, this is the case in most Western societies.

In slavery, the criminal, or enemy combatant's expenses are paid by his/her owner, while the slave is expected to work for the owner.

The latter is more fair and just, while the former is insulting no matter how you look at it, yet we still have Muslim and none Muslim arguing against slavery, simply because slaves were treated horribly by some societies.

The answer also has a distinct flavor of being apologetics.

My edit was declined, and the only reject vote I could see before my edit suggestion disappeared declined the edit suggestion with the reason that the intent of the author should be preserved.

I'm confused by this. If the section I quoted I above is Truthy or apologetics, it should be removed according to the referenced meta-posts; the author's original intent should not be a reason to keep them, since that intent is exactly what we want to see less of.

You're sorta missing the forest for the trees here: We are a Q&A site. People ask questions, people get answers.

Capital-T Truth claims are problematic because they're typically dishonest: They present one opinion as if it is the only opinion. In other words, it's misrepresenting subjective opinions as objective facts. Not only is this disrespectful of those who hold opposite views — and on sites dealing with religious topics, this is very significant — it rarely helps the questioner get his answer because Truth claims that are presented as answers are typically no more than items.

In the cases where they actually are answers in and of themselves, Truth claims can easily be fixed by proper scoping so that it actually does represent objective facts. For example:

Apologism, on the other hand, is problematic because it's typically unsolicited: It's less concerned about answering the question than it is about promoting a theological position. Language is often loaded and in many cases tangential to what was actually asked, if not explicitly opposed to it.

If it does answer the question, simply reworking the loaded language but leaving the points intact is probably sufficient. If, on the other hand, it doesn't do anything to answer the actual question asked, it should probably be excised entirely.

Excessive use of apologism and Truth is common in arguments, which often just makes them noise since argument and debate do not answer questions; they may be an important step to finding the answers, but they are not answers in and of themselves. The whole point of the Stack Exchange model is to cut through the noise and just give people the answers. If a question as-written is attracting more noise than actual answers, chances are it's either a bad question or the community itself is encouraging noisy behaviour.

Is it a great question? Probably not; it shows approximately zero effort and has been asked many many times before. Is it a great answer? Probably not; this sort of loaded language and weak rhetoric is unlikely to convince many people of the merits of slavery. But as-written, the answer is a direct answer to the question asked.

I'm probably the one who rejected it (it looks like the kind of thing I reject). Whether or not it was "Truthy" or "apologetics" didn't enter into the decision. Why? It's an edit war waiting to happen. To my eyes, the comments read:

This behaviour is harming the site; it's unprofessional and will deter experts from participating.

I repeat what was requested in the comments: please stop debating here. (You even linked to the "not for debates" meta post in your question, so you know this behaviour is unwelcome and holding back the site.) Please use this question and answer site for questions and answers. 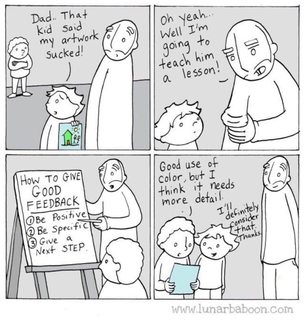 As for the questions:

What to do about them? Downvote and upvote (and vote to close) accordingly. A single (succinct and polite) comment to highlight Truthiness to warn future readers would be reasonable. Apologetics is usually quite obvious, though.

I don't think we need to worry too much about bad answers. Provided good answers are upvoted, bad answers end up and the bottom of the answer page (what I call the "answer graveyard") due to how the site is designed (see the tour page), and largely go unread and ignored. This even provides motivation for writing better answers.

Not the answer you're looking for? Browse other questions tagged discussion capital-t-truth apologetics .

12
How can we discourage users from using the site to preach Truth
21
Islam—Stack Exchange is not for debates or apologetics
4
What types of apologetics do we want to discourage?